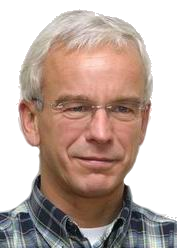 He was a consultant for the Netherlands Energy Research Foudation (ECN) and for NedWind Rhenen. From 1989 to 1991, he worked part-time at the Netherlands Energy Research Foudation. Since 1999, he is a self-employed consultant with EMechForce, an engineering company that specializes in electromechanics and electrical drive systems. He is technical expert with (Electric Variable Transmission B.V..

Dr. Hoeijmakers received the Hidde Nyland Award in 1996 for his contribution to education in electrical power engineering and the IEEE Industry Applications Society Prize Paper Award (First Prize) for the paper entitled “The Electric Variable Transmission” as published in the IEEE Transactions on Industry Application, July/August 2006.

Dr. Hoeijmakers acts as an advisor within EMechForce.

Maps were disabled by the visitor on this site. Click to open the map in a new window.
Scroll to top